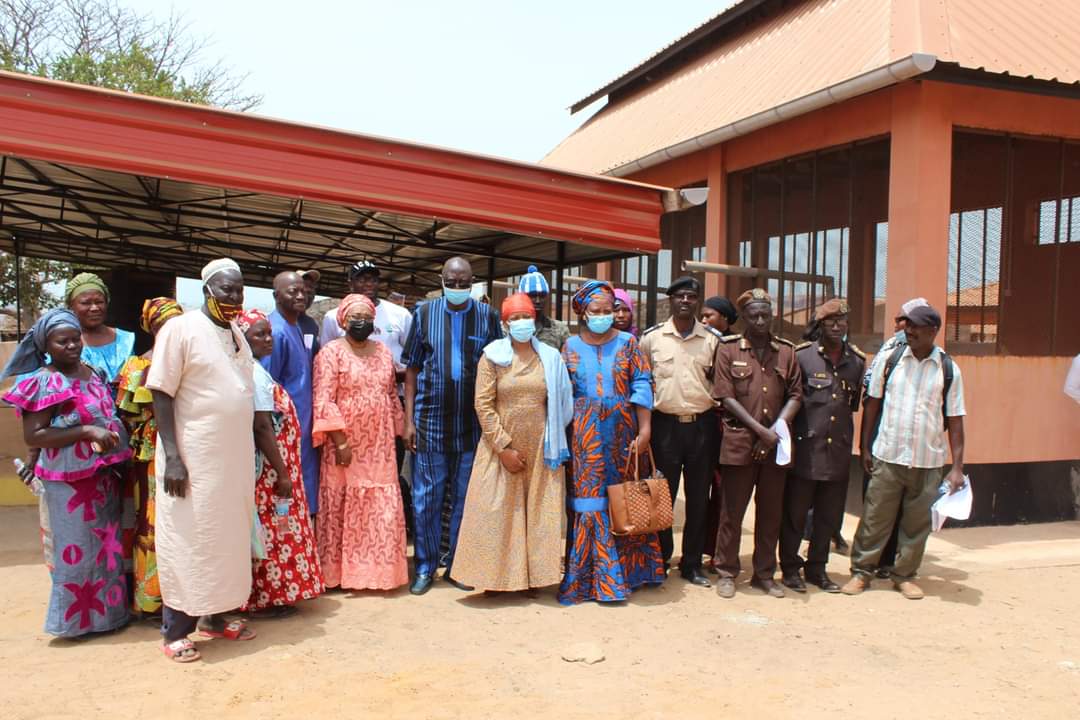 Food and Agriculture Organization of the United Nation (FAO) on Tuesday, 30th March 2021, handed over the Cistern and Solar system facilities at the FAO Thiaroye Technology FTT smoke house to Gunjur women Fish processors through the Ministry of Fisheries.
The recent facility handed over was a supplementary support from FAO to provide the fish smokers with Water and Solar system facilities at the FTT site.
Bubacarr Njie, contractor said that the facility has been upgraded with Water and a solar panel electricity with a capacity of 1800 wax.
These solar panels he stated would supply the water tank through the borehole while also providing electricity to the facility.
Mr. Njie added that the capacity of the underground cistern is one thousand five hundred litres (1500) litres while plastic tank consist of Four thousand litres (4000).
Minister of Fisheries Water Resources and National Assembly Matters James Gomez revealed that the FTT smoke house was handed over by FAO to the Ministry of Fisheries for the women Fish smokers in 2018.
To enable them attained modern smoke house with quality products, the minister stated that the extension of FAO’s support to provide a borehole and a solar panel for women fish smokers is a step in the right direction in enhancing hygienic and sanitary conditions of the working environment.
“This in turn will increase the customer base of the products thus providing quality fish to the customers and open doors for foreign exchange earnings through export,” he said.
Shibu  Rampedi, FAO Representative  in The Gambia explained that the FTT fish processing technology pioneered by FAO has been developed to improve energy efficiency by using 50 percent less wood fuel compared to traditional open-type smoking rafts.
For many years FAO has implemented a wide range of activities which she narrated, includes training of fish technologists in developing countries to introduce appropriate technologies for lowering fish spoilage especially for small-scale fisheries.
“Having realized that water is traditionally important (together with fish and salt) as one of the essential elements in fish processing, FAO was able to intervene again to support the women and provide a cistern, borehole for water supply and solar system at the FTT site,” she added.
She further explained that the cistern facility will harvest and store water during the rainy season.
“An obvious benefit provided by cisterns is an additional supply of water. Instead of rainwater being routed away quickly,” she explains, adding that it is retained for later use; the borehole pumping system also provides water that can also be used for processing