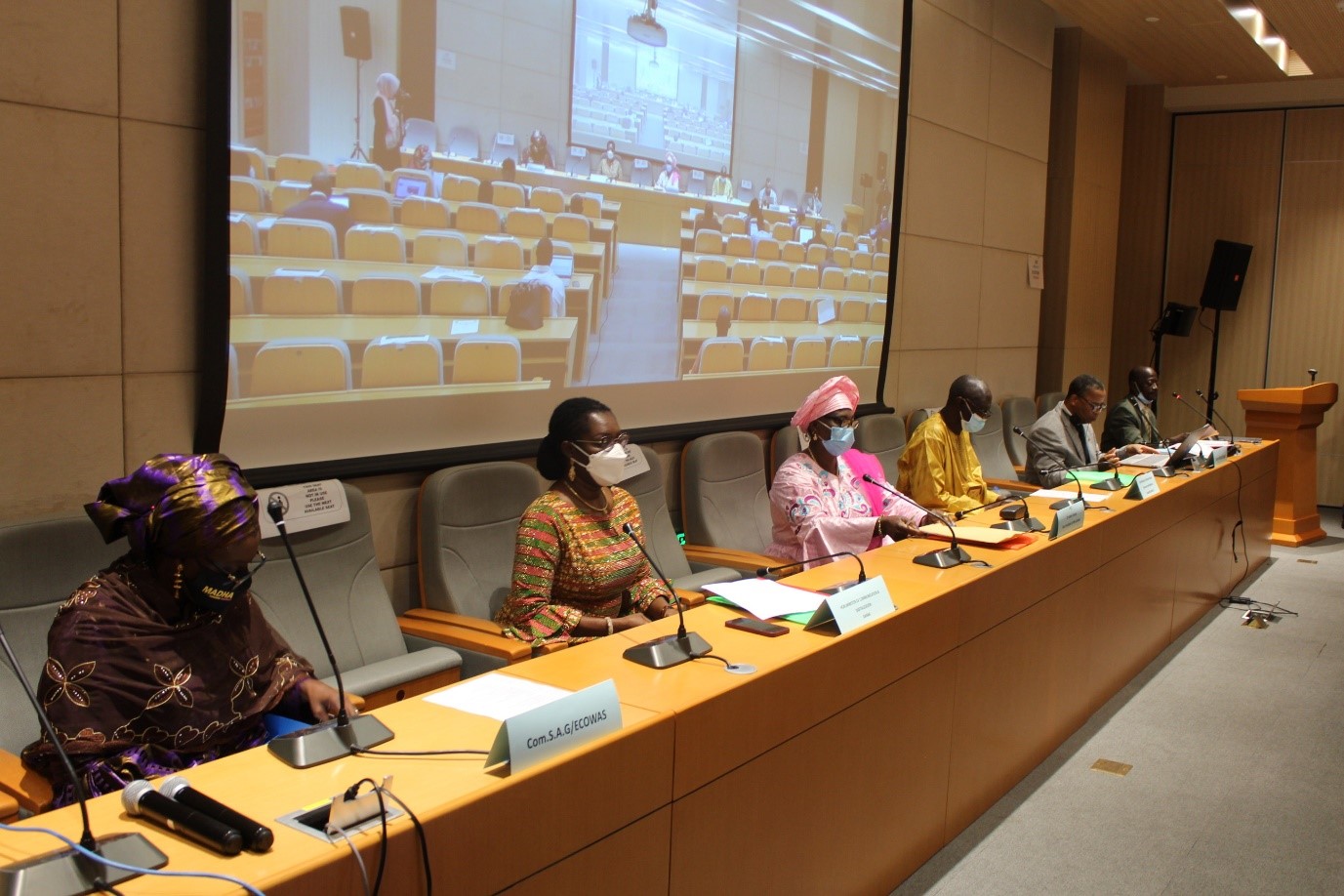 The ministerial meeting, being held at the Sir Dawda Kairaba Jawara International Conference Centre in Bijilo, brought together ministers responsible for meteorology, DRR, and Gender in ECOWAS Member States. It sets the framework in finding a lasting solution to hydromet disasters that affect the sub-region. The forum is jointly organised by the ECOWAS Commission, the World Meteorological Organisation (WMO), the World Bank Group, and the European Union.

She acknowledged that The Gambia continues to experience severe and acute climate-related disasters negatively impacting on lives and livelihoods.

The meeting, she indicated, is to provide strategic insights that would improve meteorological and hydrological services to achieve climate and disaster resilience as part of a larger sustainable development strategy.

“This forum must therefore generate a general consensus and raise awareness and garner stronger national support among decision and policy makers on the benefits of investment in weather, water and climate services and early warning systems,” she further remarked.

James F.P Gomez, minister of Fisheries, Water Resources and National Assembly Matters, warned that the country has a low-lying coast and therefore highly vulnerable to the impacts of sea level rise.

“Experts predict that sea level rise of 1 meter will submerge close to 10 percent of the total land area, including the capital city of Banjul, hotels and built infrastructures,” he stated.

Hon. Gomez further explained that weather, climate and water-related hazards; such as flood, drought, dry spells, wind and dust storms constitute around 90% of the natural disasters in The Gambia.

“In this regard, Hydrometeorological Services would continue to receive government support in my country in order to provide weather and climate information, particularly Early Warning Services (EWS),” he concluded.

Ghanaian minister and president of ECOWAS Commission of Ministers in charge of Hydromet, Ursula Owusu-Ekuful, in her deliberations, asked the forum to generate consensus and awareness amongst stakeholders about the need and benefits of consistent early       warning systems.

“It should also create the platform for governments, regional organisations, donors, private sector, civil society, academia, the technical community and gender advocates to discuss and design the future course of modernisation of hydromet services in Africa,” she stated.

The forum, she suggested, should also serve as a platform for the exchange and sharing of knowledge, information, and ideas, as well as the opportunity to take stock and of the progress in modernising the hydromet landscape of Africa.

“The performance of the continent’s economic sectors including education, commerce and trade, security, transport, agriculture, aviation, water resources, urban infrastructure, fisheries, hydropower, and tourism; to name a few, depend on critical and timely weather information-based services,” she explained.