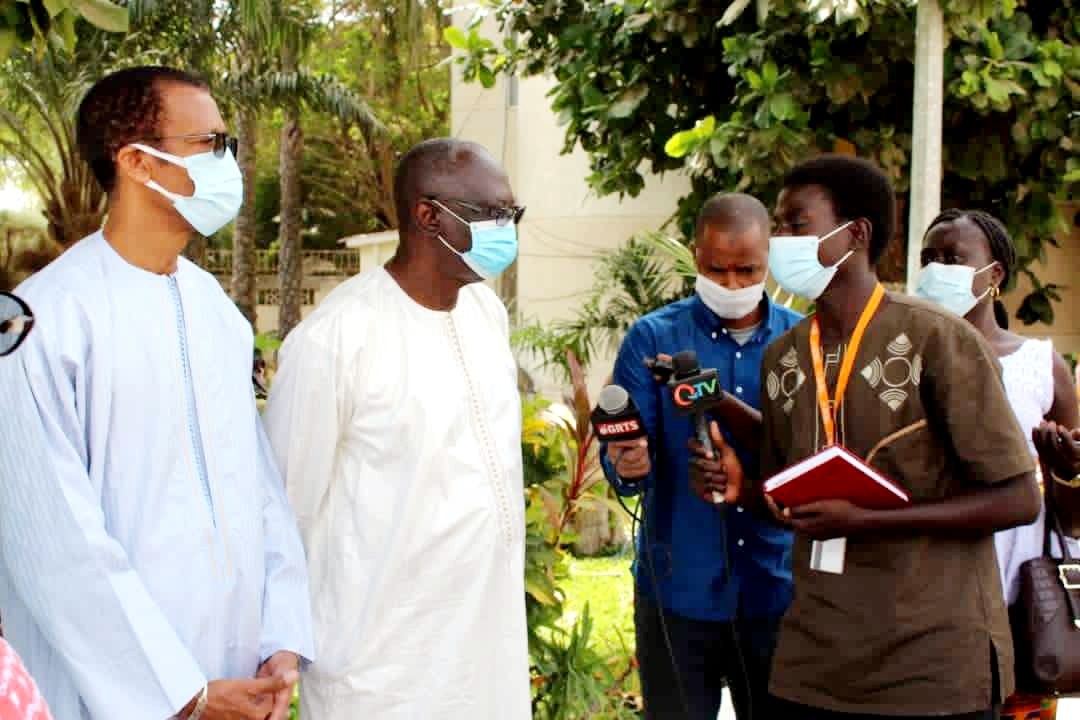 The Senegalese Minister of Fisheries and Maritime Economy, Mr. Alione Ndoye with the Seneglese Ambassador to the Gambia accompanied by a high-profile delegation from Senegal on Thursday, 25th March 2021, paid a courtesy call to the Minister of Fisheries Hon Jamez F.P Gomez.
Their discussion was centred on the recent Sanyang incident that took place after the alleged murder of a native by a Senegalese worker. This unfortunate incident resulted to catastrophic reprisals by the residents of Sanyang, particularly the youths. Several acts of vandalism, including attack on Senegalese residents in Sanyang, burning and looting of a fishmeal processing factory and the burning of tires on the roads among other violent actions quickly ensued.
The Senegalese Fisheries Minister Mr. Alione Ndoye expressed sorrow over the unfortunate incident while thanking the government of The Gambia and the security force for their timely intervention to the situation.
Minister of Fisheries Jamez Gomez in his opening remark, welcomed the delegation while also lamenting on the unfortunate incident, further stating that Gambia and Senegal share a lot in common.
The minister stressed that what happened in Sanyang could happen anywhere in the world but quickly added that investigations are underway and that justice would prevail.
He commended the community of Sanyang for acting responsibly by taking the alleged murderer to the Police station. Conversely, he condemned them for their blatant disregard for rule of law in engaging in the destructions of properties and the looting of businesses. Succinctly put, he described this as unacceptable and that any nation that allows room for such would no longer have a law to guide the people.
In conclusion, the minster noted that The Ministry of Fisheries would be heading to Sanyang later that day with the Senegalese Minister of Fisheries Mr. Alione Ndoye and his high profile delegation to visit the community Sanyang and Bato Kunku and the affected areas.