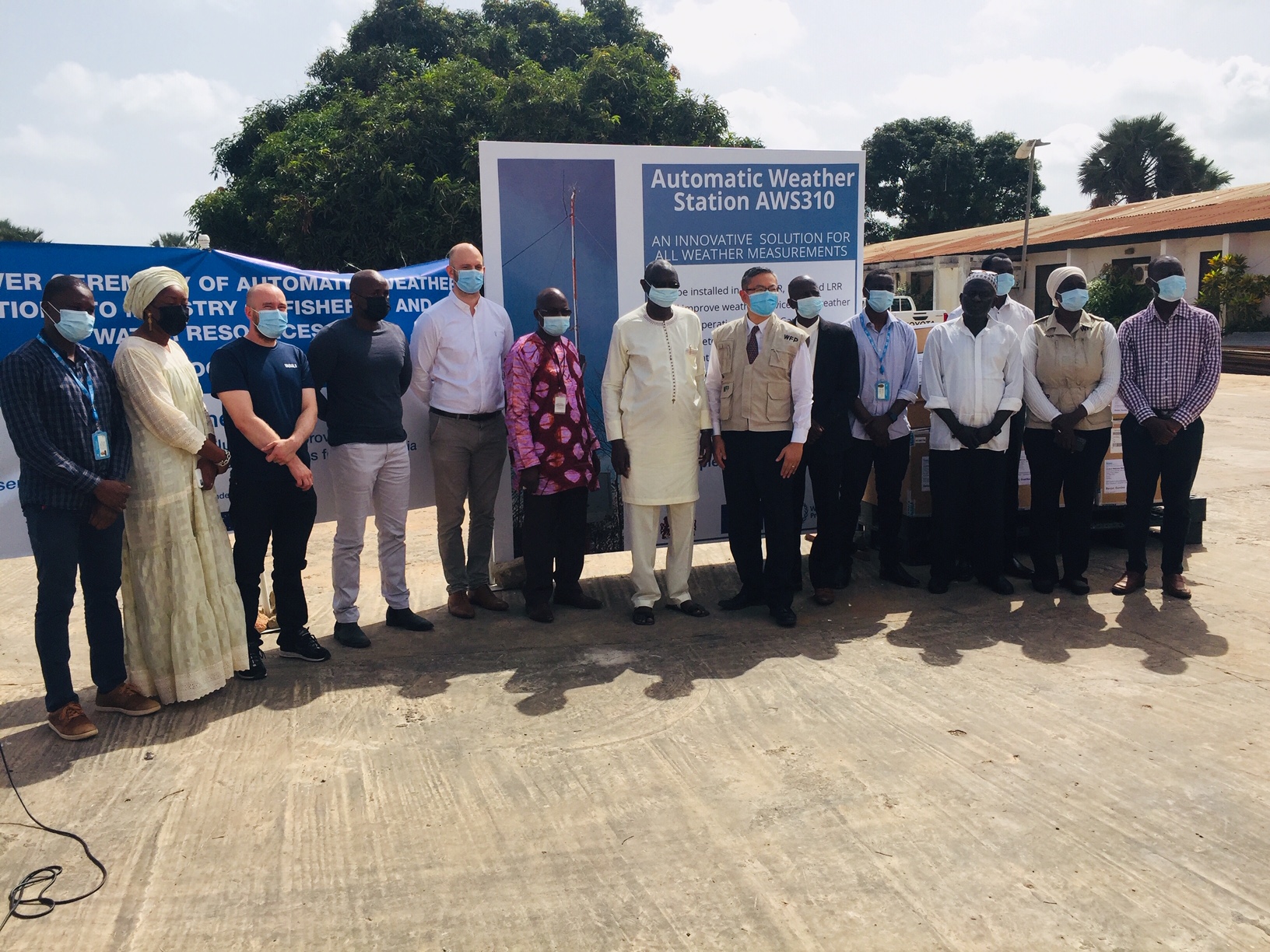 The United Nations World Food Program (WFP) with funding from EU today, Wednesday, 30th June 2021, handed over four (4) automated weather stations to the government of The Gambia through The ministry of Fisheries Water Resources and National Assembly Matters (MoFWR-NAMs).

Speaking at the handing over ceremony, James F.P Gomez, Minister MoFWR-NAMs, received these stations from their development partners, with a high sense of gratitude and appreciation stating that it will surely in no measurable amount, increase the capacity of his staffs in monitoring and forecasting weather and climate.

“MoFWR-NAMs has been strengthening its ability to monitor and forecast weather and climate over a number of years. And have successfully released regular weather forecasts, early warning bulletins, and has set up listening groups throughout The Gambian farmers and citizens receive more timely and accurate weather information,” he said .

He stated that these four additional weather stations would be located across the country specifically in Kerewan, Janjanbureh, Basse and Jenoi.

Hon. Gomez acknowledged that his ministry will be able to increase the accuracy of their forecasts and monitoring, making Gambians safer and better informed.

He further explained that part of his ministry’s mission is to provide timely and accurate weather and climate information to safeguard population and also promote food security.

The importance of providing this timely and accurate information is critical for all Gambians, so that crops are planted at the appropriate time, to prepare for heavy rains and droughts, as well as to manage high temperatures and humidity that can cause harm to our most vulnerable.

He expressed his sincere gratitude on behalf of His Excellency, Adama Barrow, President of The Republic of The Gambia to the European Union for funding the project; our UN partners for supporting in the implementation, as well as the WFP contracted engineers Vaisala for facilitating the delivery and installation of these stations.

Yasuhirib Tsumura, WFP country representative in his deliberation stated that WFP perhaps have better known by the nation-wide food distributions or the school feeding programme, easily relating with the name of World Food Programme.

He reaffirmed their commitment in reaching out to the poorest people those who have lost their houses and assets due to floods and windstorms, hungry children attending schools, malnourished mothers and children.

“We are more focusing our efforts to help the Government and people of The Gambia in putting in place a sustainable system to safeguard its own food and nutrition security, which is the 2nd of the sustainable Development Goal “Zero Hunger”,” stated.

He added that The Gambia is vulnerable to seasonal shocks and these disasters and shocks affect people’s lives and people’s livelihoods damaging their assets and farmlands deteriorating food security, and increasing malnutrition in the short term and in the long term.

Mr. Tsumura concluded by thanking the European Union adding that the purchase and installation of these weather stations is part of the EU Project entitled “The Gambia – Agriculture for economic growth and food security and nutrition to mitigate migration programme”. More precisely its sub component of Improvement if information gathering and dissemination for early warning system, statistics, and market information system.