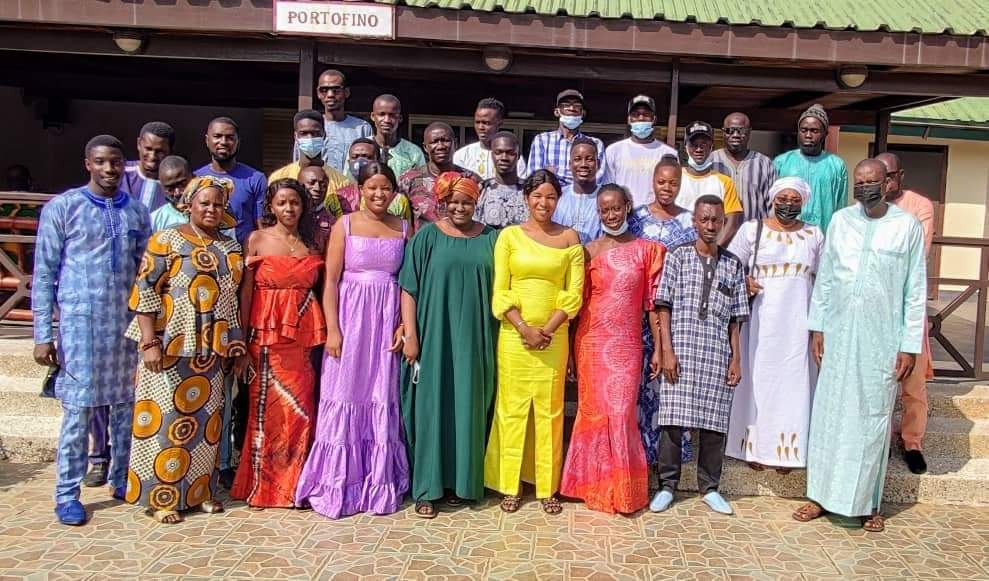 Among the species most vulnerable to bycatch are seabirds. Their late sexual maturity and slow breeding cycle make them vulnerable to increased human-induced mortality. Bycatch by fisheries is the most serious threat faced by several seabird species.
On the other hand, West Africa is a region of global importance for marine turtles, home to some of the world’s largest populations of Green and Loggerhead Turtles. Of the seven species of turtles that live in the world’s seas, five are regularly observed in West African Waters.
Over the last 200 years, human activities have tipped the scales against the survival of these ancient mariners. Slaughtered for their eggs, meat, skin, and shells, marine turtles suffer from poaching and over-exploitation. They also face habitat destruction and accidental capture—known as bycatch—in fishing gear.
The Department of Fisheries deemed it necessary to organize a three-day training on seabirds and marine turtles where landing site officers and as well as Fisheries observers were trained.
Anna Mbenga Cham, Director of Fisheries explained that the objective of the workshop is to develop mechanisms for the monitoring of marine mammals’ incidental capture and bycatches.
With reference to by-catches, Madam Mbenga Cham narrated that there is a need for collaboration as technicians and stakeholders in reducing the incidental catches and the threats faced by marine mammals and sea turtles in Gambian waters.
“In 2009, FAO developed guidelines to reduce sea turtle mortality in fishing operations,” she said.
She further stated that the guidelines provided management options for reducing interaction between sea turtles and fishing gears as well as reducing the proportion of turtles killed as a result of interaction with marine capture fisheries.
“The guidelines are voluntary and apply to all areas of the ocean and provide detailed technical measures to reduce sea turtle mortalities in specific fisheries,” she revealed.